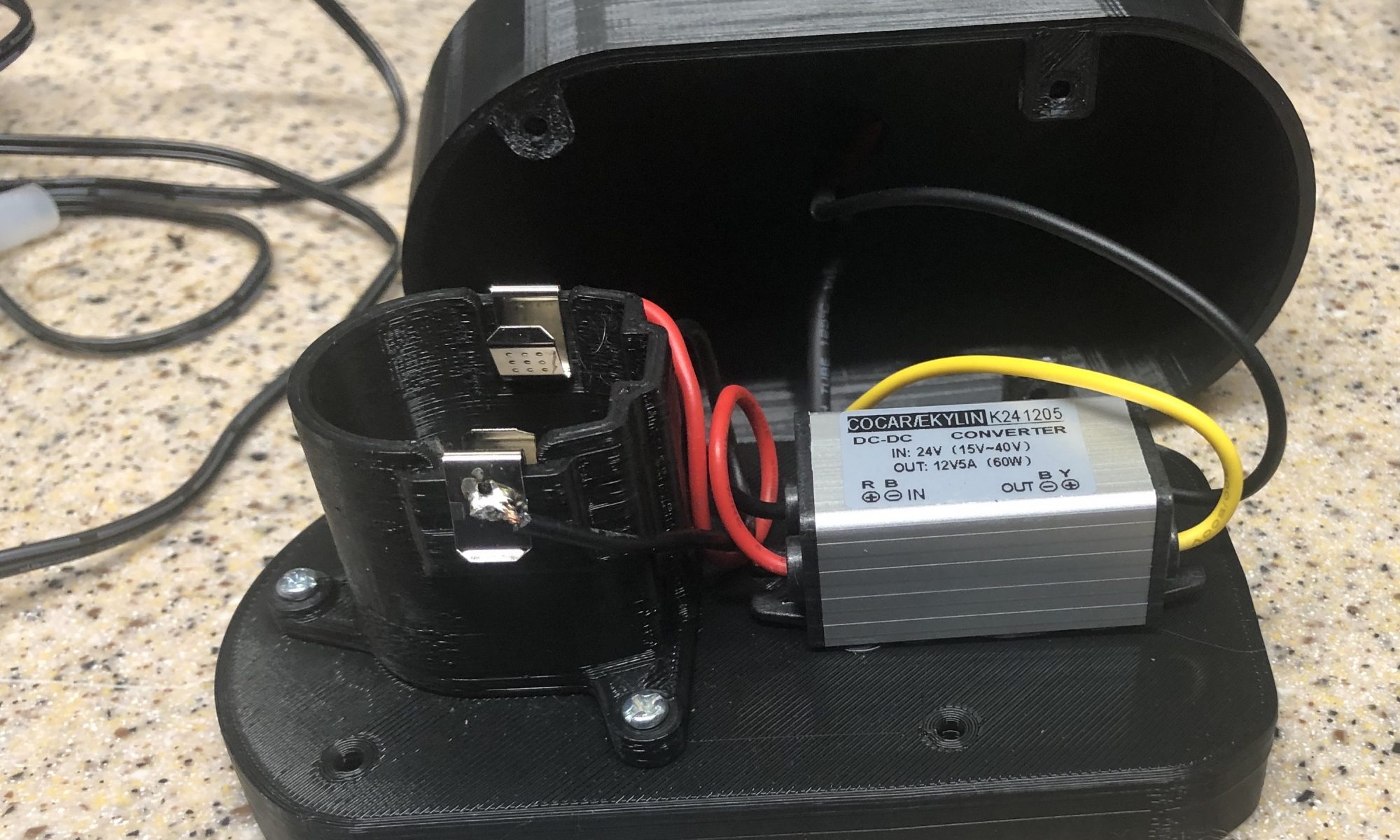 As I’ve written about before, I really like my Ryobi tools. I have a number of batteries to go with the tools that sit idle most of the time. Ryobi sells a USB charger as well as an inverter that plugs into the batteries. Ryobi’s options didn’t fit well with my usage as I wanted a way to be able to power 12V electronics such as my HAM radio, HAM radio charger, etc. and using a 120V inverter would be very inefficient. I found a 3D printed case that goes on top of the battery that was pretty close to what I wanted. However, I didn’t want a power switch, didn’t want USB ports and it didn’t terminate in Anderson PowerPole connectors that I use with my HAM radio equipment.

The first step in creating what I wanted was to get the case to look right. As my son is a wizard at Fusion 360, I asked him to make a few modifications to the case to close it up. I then printed the pieces and purchased a step down converter and some Keystone 209 cell leaf spring contacts. I soldered the spring clips to the step down converter, soldered the other end of the converter onto a short piece of 14 gauge wire and then terminated the wire in the PowerPole connectors.

Using some screws I had lying around and hot glue, I assembled all the pieces. Now I have a case that I can easily put on a Ryobi battery that has a 12V PowerPole connector on the top ready to accept any number of devices.

It is a pretty simple project and am not sure when I’ll ever need to use it, but I have 2 of them just in case I need some extra emergency power. I have a cigarette lighter adapter to PowerPole that I can plug in and then can put USB chargers in there or I can plug in an inverter or even my HAM radio. I’m not sure of the runtime with a battery, but with the 7 Ryobi batteries I have, I’m sure I can at least charge a few cell phones! 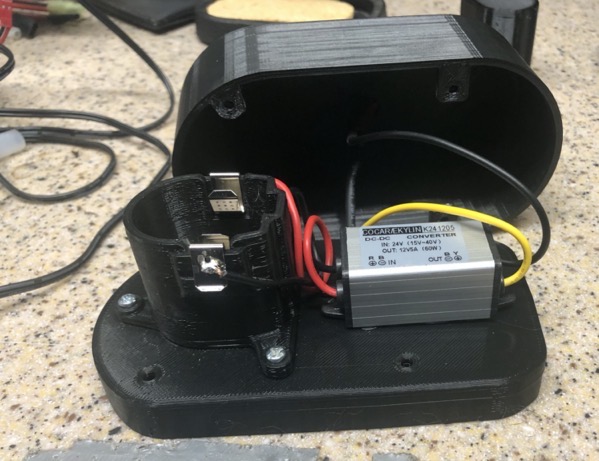 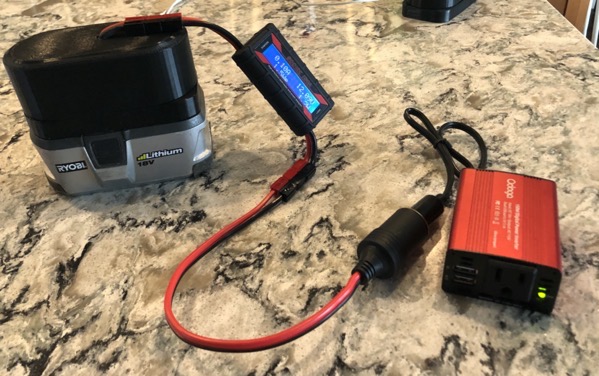