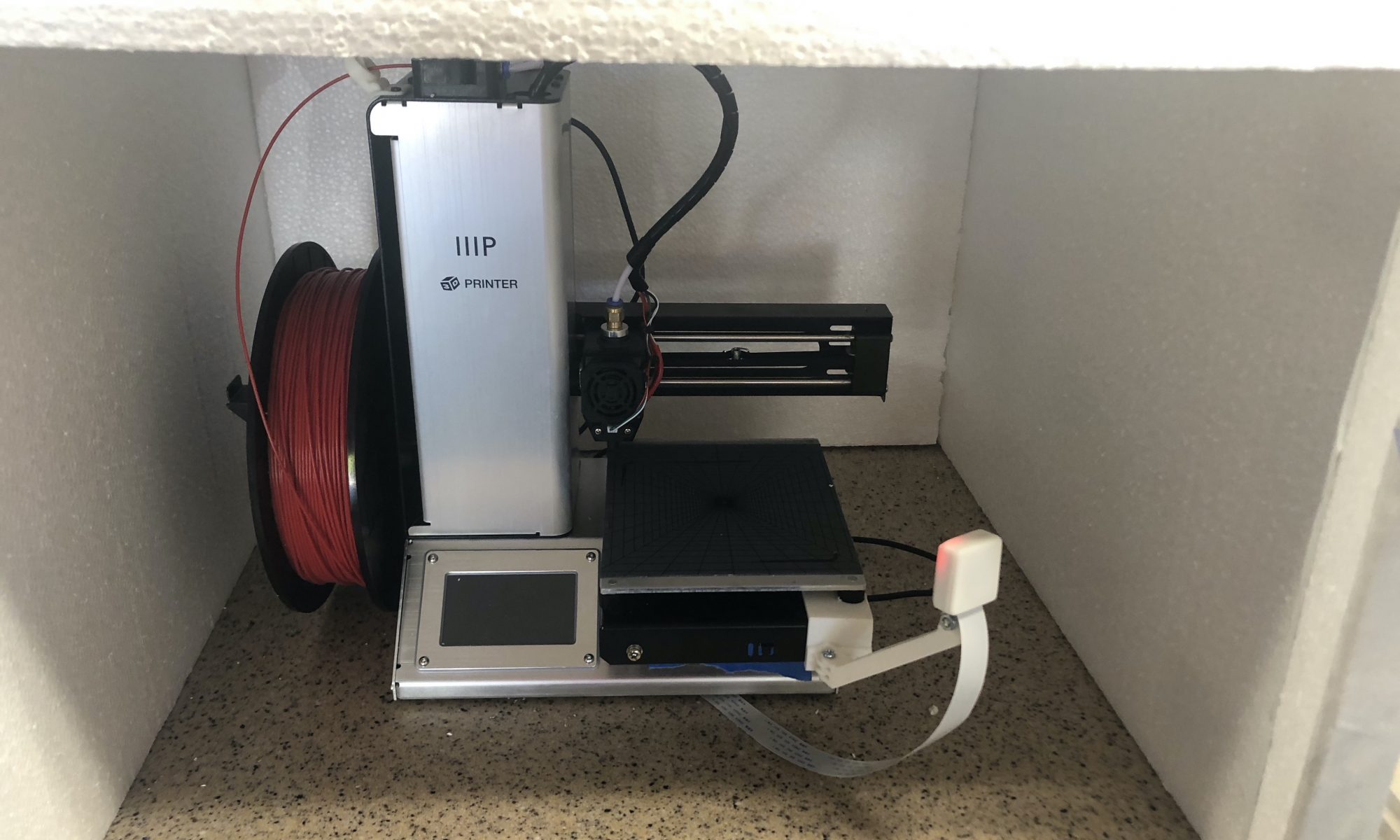 I wrote about 3D printing a few months ago and at the time was using a DaVinci 3D printer. Unfortunately the printer didn’t last long and despite my best efforts, I couldn’t get it to keep printing; it was making a grinding noise while feeding and the cost to replace the hot end with shipping was about 1/3 the cost of a new, low-end printer. I decided to cut my losses and purchased a Monoprice Select Mini Pro. This printer cost me about $180 and when it arrived, I was printing pretty quickly.

The Select Mini Pro, unlike the DaVinci printer, requires a bit more tinkering to go from a model to a print. Printing requires a process called slicing and one of the more popular programs is called Cura which exposes a ton of options to control the print. As I didn’t want to have to copy the files to the SD card to print, I setup OctoPrint running on a Raspberry Pi 2. This put the printer on the network and made it easier to monitor the printer.

I’ve been printing things like crazy and as I may have already mentioned, I’m addicted! I added a camera to the Raspberry Pi and can now see the progress of my prints without being next to the machine.

With all the success I’ve had, I’ve also had a number of failures. Sometimes these failures have been my fault (I ran the nozzle into the bed and damaged the bed and nozzle and when replacing the nozzle I didn’t screw it in when everything was hot leading to oozing of material) and sometimes not my fault (the coupling holding in the feed tube broke).

I’ve learned a number of things about this hobby with the first thing being that everyone has a different opinion on how to fix things! Something that is a recurring topic on Reddit is how to get the prints to adhere to the print bed with lots of different suggestions. I started using blue painter’s tape and had great success with that. Then I moved my printer to the garage and found I needed to use a glue stick in addition to the painter’s tape. The day after I was printing some whistles, the prints stopped sticking to the bed no matter what I tried. Then it dawned on me that the garage temperature dipped a few degrees; this was enough to cause a problem. I returned from Home Depot with some rigid polystyrene foam insulation and built an enclosure for the printer. With this enclosure, I decided to try printing right on the print bed without the tape; this worked quite well now that I had more control over the temperature of the print bed. With every problem, there is a solution, but it requires some research and a lot of trial and error!

The bottom line is that 3D printing is a hobby and if you’re not comfortable futzing and repairing things, then the consumer grade printers are definitely not for you!