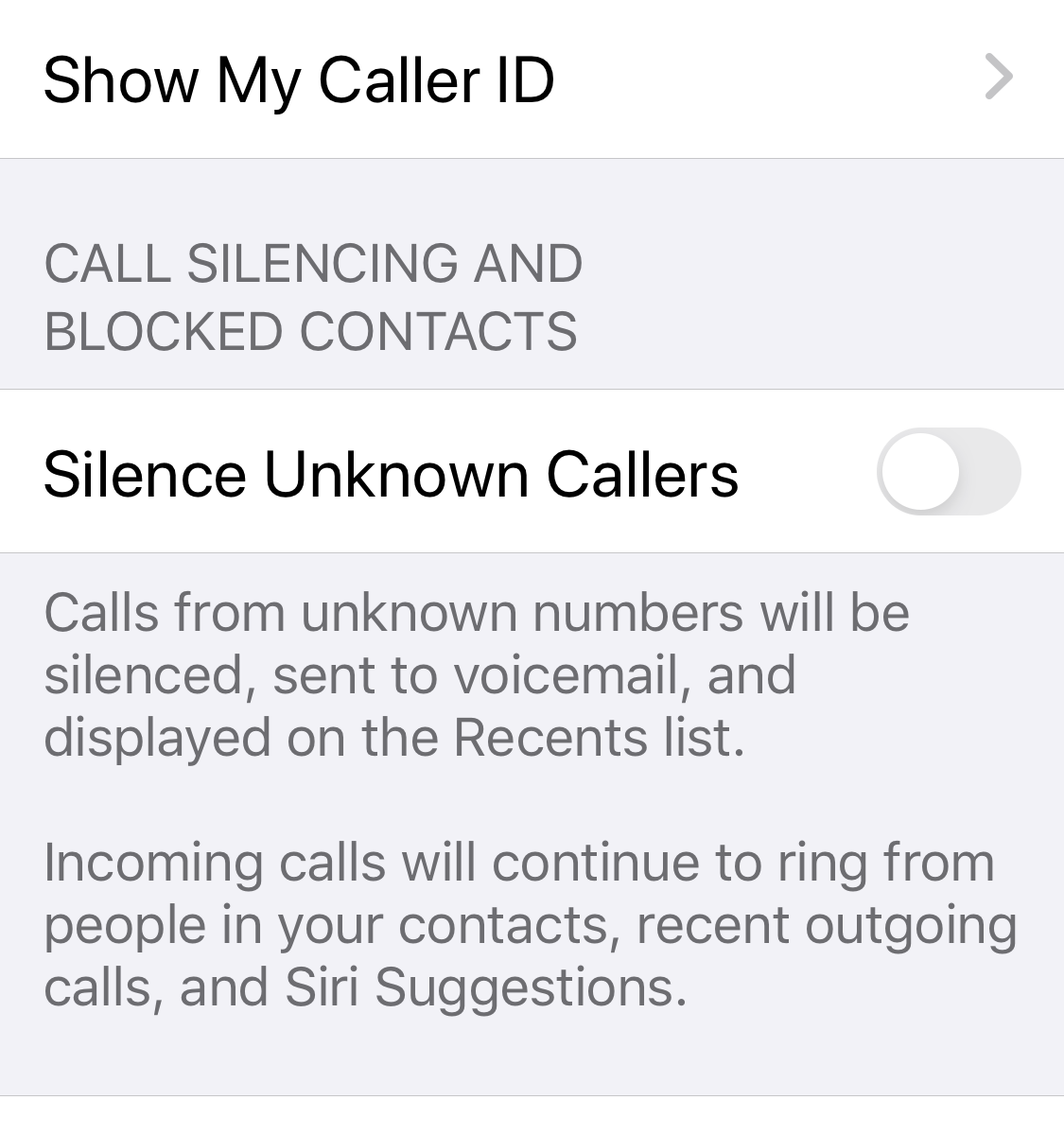 We’ve all suffered with telemarketers and scammers calling our phones and have had limited success in blocking those calls. In iOS 13, Apple added an option to “Silence Unknown Callers” which sounds like a great feature on the surface. I turned the feature on and then quickly turned it off as I realized that there are a number of cases where I need to receive calls from unknown callers. Some might be thinking that it is fine to let them goto voicemail, but it’s not that simple.

A few months back, we stopped at the scene of an accident to help out. The injured party wanted to call a friend, but her phone battery was almost depleted, so a bystander let the person use her phone. The friend would have gotten a call from an unknown number and with the silence option, it would have gone to voicemail and potentially ignored. Granted some people ignore unknown callers anyway, but the option wouldn’t have given the friend the opportunity to answer the phone.

If the emergency situation is too extreme in your thinking, another case arose for me this past Wednesday. My son went on a field trip and the bus bringing the students back to school was late, so he used his teacher’s phone to call me. I received the call from an unknown number right as I was about to get to his school to pick him up. If I hadn’t gotten the call and my son didn’t leave a message, I would have been sitting around wondering where he was. Eventually I would have gone into the school office to see what was up, but that would have been after waiting awhile.

Without using this feature, I unfortunately have to live with the telemarketers and scammers. Who knows if the STIR/SHAKEN will work to block many of these calls. We can only hope. One thing that could definitely help which I have no idea why it never got implemented is caller name as part of caller ID on cell phones; I’ve wondered this for years.