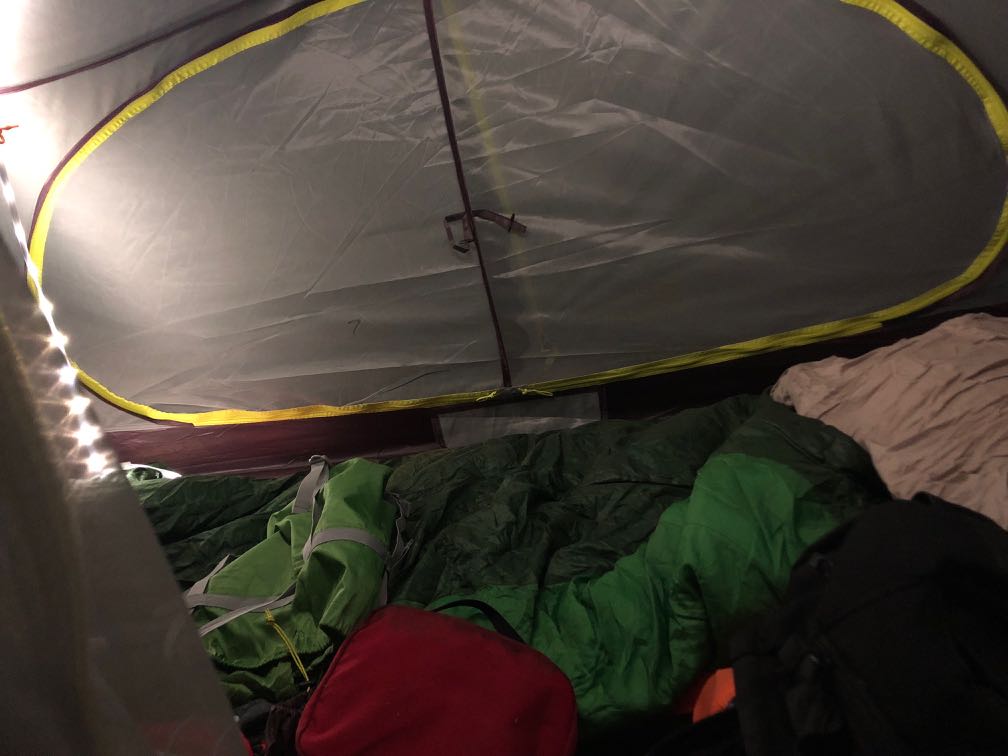 Earlier this summer, I saw a deal on Woot.com for an LED strip light called Luminoodle. The strip lights are powered by USB (which as people that have been around me know is basically a requirement for all devices that I take camping or on trips), but don’t include a battery (unless you purchase their battery). There are a ton of knock offs on Amazon, but I figured I’d get the one that is considered the original.

I purchased the 10 foot version with the goal of using it camping. So far I’ve used the lights on 3 campouts and a week at summer camp. The lights are extremely bright, so much that I also bought a dimmer for them. They are quite easy to string up with the included magnets (not all that useful in most cases) and the plastic loops. Unfortunately I found that I needed more loops to attach them to my tent. For anyone that is into 3D printing, I designed some hooks that work with the lights and my tent.

In my 2 person tent, I say that it is lit up like a stadium! When we were at summer camp, the tents are canvas Scout tents that, when closed, are almost pitch black, so having light in them is extremely useful. The tent was on a metal frame, so the magnets worked OK (but, not great) to attach the lights.

There really isn’t much else to say about the lights; they provide very bright light over a wider distance than a flashlight or a lantern. They are lightweight so they can easily be used in any tent. While I can’t speak to the reliability of the lights, so far they’ve holding up pretty well.

They are advertised as being able to be used as a lantern when put in the included carrying bag, but I don’t see me using it that way. Once I’ve gone through the trouble of putting up the lights in my tent, I don’t want to take them down to use it as a lantern.

The Luminoodle lights are perfect for brightening up tents for camping. Being USB powered allows me to use the batteries I bring for charging devices. After using the lights for a few times, I can’t imagine camping without them. It is so much easier to find things in my tent!