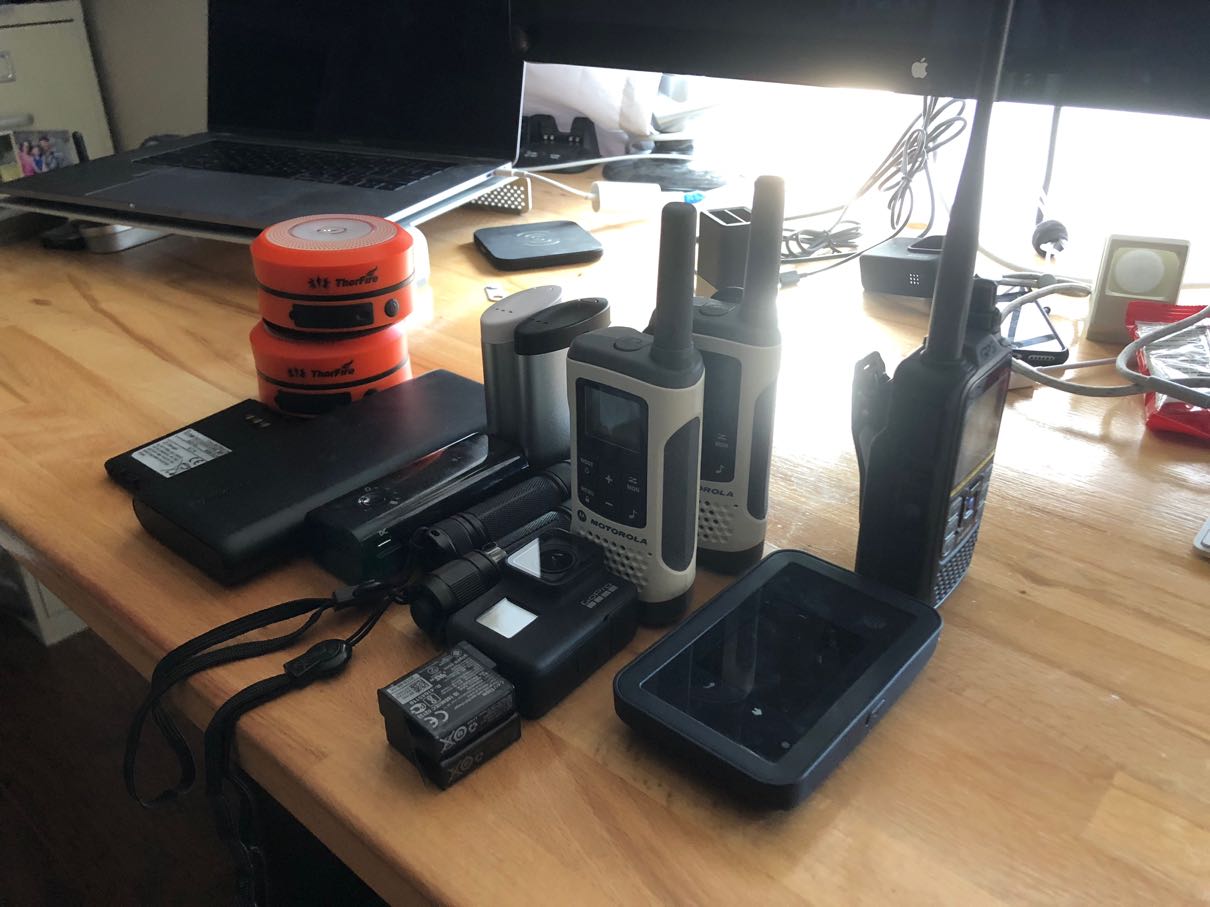 Every month I have a routine where I make sure batteries and devices that I don’t use regularly are charged. Some may think that I’m a “prepper” getting ready for a major disaster, but I’m definitely not that extreme (I don’t have a bunker and am not off the grid!). You never know when some of this will come in handy; a few months ago the power went out at dinner time due to an emergency transformer replacement. I pulled out the LED lanterns I have (the orange pucks in the picture) and we had light. It wasn’t a big deal.

I know that I still have a lot of work to do to be fully prepared for an emergency, but having light, some power, and cooking equipment (my camping stove is in the garage and we have a gas grill outside) goes a long way. The good news is that much of my gear is used for camping so it isn’t just sitting around collecting dust (some emergency meals I have need to be checked as I have no idea how old they are!).

I highly recommend that people regularly charge devices, check flashlights, and have some portable battery packs lying around.

Also, just about all my devices can be charged via USB which makes it easier to charge everything.

In case people are curious, here’s what is in the picture.