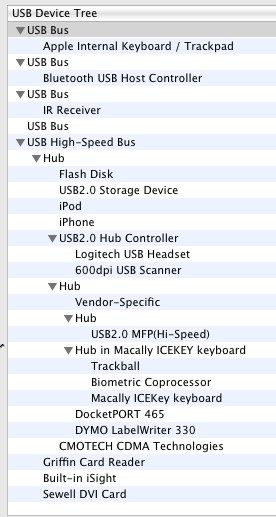 I was doing some testing today and had to re-arrange my USB hubs to put certain devices at the beginning of the chain. Hubs, you ask? Yes, I have 3 powered USB hubs and a ton of devices. Does it all work? For the most part, yes. I really wanted a 14-21 port hub and not have to chain hubs together, but I’ve been unable to find one, except for one that someone hacked together. Am I that unusual to have so many devices? OK, I may have a few more devices than most people, but aren’t people collecting more devices? Here’s my current list of what is plugged in: